As a young actor, no matter where you live, it is highly likely that you have thought about going to drama school. A lot of actors actually choose to head overseas to train, which is a fantastic opportunity, but can be extremely tough on your bank account.

Here are some important things to consider before you decide whether or not you want to give up 3 years of your life (and your hard-earned cash) to train at drama school. 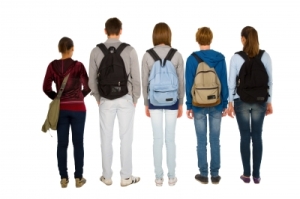 One of the biggest motivating factors for me to create this website was listening to a group of young actors discussing their plans for the future, and almost none of them had any definite plans other than ‘auditioning for WAAPA’ (WA Academy of Performing Arts).  Getting good training is important, but drama school is not the only way to get it. Waiting to be accepted into drama school is putting your future almost entirely in someone else’s hands – and that’s a scary choice to make so early in life.

If you look at the headshots of the graduating Actors lining the foyer of WAAPA each year, you will notice some similarities.  Every year, most of the actors will resemble someone who graduated the year before them.  There is a reason for this: the school needs to take certain types (I’m talking casting type) of actors, so when they graduate, they will fit into the types the industry has created for them.  Not only that, but they can only take 1 or maybe 2 of each type every year – and it’s for your own good.  If they took more than that, the industry would be flooded with the same type each year and the competition would be worse than it already is.

So, if the year you audition is flooded with girls or guys who look exactly like you, unfortunately, they may decide to take someone else who you may think is not quite as good at acting as you but is a different type, because it is in everybody’s best interest that they don’t take 5 people who look the same.

3.  No matter how hard you work or how good you are, it’s possible you still won’t get in.

I remember hearing older actors say things like ‘they won’t take the best, they’ll take the ones with the most potential’ or ‘I was too trained to go to WAAPA’, and I thought, “That’s just what people say to kid themselves when they weren’t good enough”.  Now that I’m older, and I’ve seen a lot of people audition, be accepted or rejected, and subsequently go through training or go their own way, and I can see the truth to those statements.  I have actually heard Drama School teachers mention that they won’t take those who “just need polishing”, and it’s often declared that some institutes prefer to take actors who are slightly ‘rough’ or ‘raw’ so they can shape them in the way they choose.  And beyond that, at it’s simplest, each institution is attracted to certain types of actors – ones with a particular style or focus that matches the values of the institution. 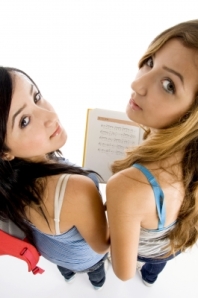 Again, it’s in everybody’s best interest that they take people who match their values, as those actors are more likely to gel with the content and style of teaching that the institution offers, but if you don’t have the style they’re looking for, it may prevent you from getting in, regardless of how good you are in other ways.  By ‘style and content’ I mean that a particular institution may focus on classic works, while your style may be more contemporary, or vice versa.

Having said that, don’t change your style or try to please them – chances are you will just look like your heart’s not in it, or that you’re a carbon copy of someone else, or worse – you’ll get in and spend three years feeling like you’re in the wrong place.  And that leads me to:

This is an important one.  You probably won’t believe me, but no matter how much you think you want it, drama school just doesn’t suit everyone, or you may not be ready for it yet.  I have seen some very talented people be accepted into drama school and either leave after a year or suffer through three years and come out not wanting to act any more.  A lot of this is to do with ‘life experience’, which you may have heard mentioned a lot.

A few years back, the average age of an actor accepted into drama school was 23.  Now, it is closer to 19 or 20.  There is often quite an age range in each year group, often anywhere from 18 to 30; but the majority of the class will be in their early 20s.  The change, so it is said, was influenced by ‘the industry’ wanting trained actors to be younger when they graduated.  What this means is that you can now be accepted straight from high school straight into drama school, which may seem like a good opportunity for you – but it may work against you in the end.  Drama school is a high-pressure environment with a workload worse than ATAR (HSC) – every day, for three years.  It’s a big adjustment for even the hardest working high school student, and you may find that your ability to cope and continue developing as an actor is impaired by the stressful environment.  ‘Life experience’, which used to be an important part of acceptance criteria, is not just about seeing the world or doing interesting things, it’s about the maturity and coping skills that develop from doing those interesting things.

Apart from the workload, what also creates a highly stressful situation is the constructive criticism you will receive.  The actors are grilled by teachers day in and day out – and if you’ve had no experience with this kind of criticism, or you are sensitive or uncertain about your abilities (which is common and perfectly acceptable when starting out), it can do a lot of harm to your self-belief and self-worth.  Without a strong sense of belief in your abilities, drama school can lead you to feel worse about your abilities than when you started. 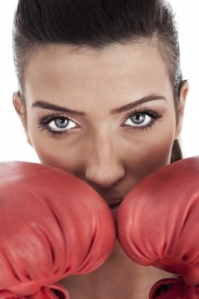 You need huge amounts of resilience for this job, and drama school is an ideal place to learn it – but if you don’t have enough to start with, it may wear away the little you have.  Ask yourself whether you have a tendency to crumble or feel like giving up when you are given direct feedback. If so, you may find that holding off for a few years before you audition will give you the sense of resilience you need before you enter a high-pressure environment.  There’s no harm in waiting a few years before you audition – planning ahead can help you develop the personal skills needed for drama school, and can put you ahead financially if you save some money. This is not about being scared and running away – you want to make the most of the opportunity, so consider when you’ll be most able to take on their criticism so you can become the best actor you can be.

It’s unfortunate, but a reasonable percentage of actors come out of drama school and don’t manage to get an agent, or get an agent but not much work.  Even the best students with the best agents are competing against the best students from other academies – not to mention the graduates from the previous 5 years!  Sure, their standard of training will help them get work eventually, but it often takes just as much time for them to ‘break into’ the industry as it would for a self-trained actor.  And the actors who came out with bruised self-esteem and no agent to speak of – they will have to start from scratch just like actors who haven’t gone through drama school.  It is important not to think of drama school as a stairway to the stars.  It is more like a stepladder – it’ll take you a few steps but you’ll have to find your way up from there, just like everyone else. 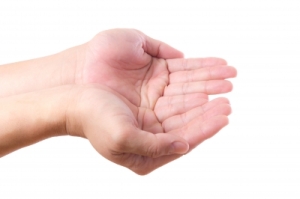 Having said all that: audition anyway.  Seriously.  I’m not against drama school itself, only the fact that it’s seen as the only way to become an actor.  If you get in, have the time of your life.  In any case, the audition itself is good experience – it takes a lot actors a few attempts to be accepted, so you will put yourself ahead by knowing what to expect next time. You might be one of the ones they take, and you can improve your odds by working hard, but please remember that acting takes time, and you don’t have to put all your eggs in one basket, or put your future in someone else’s hands.

Check out my other posts for more practical steps to put your future back in your OWN hands.